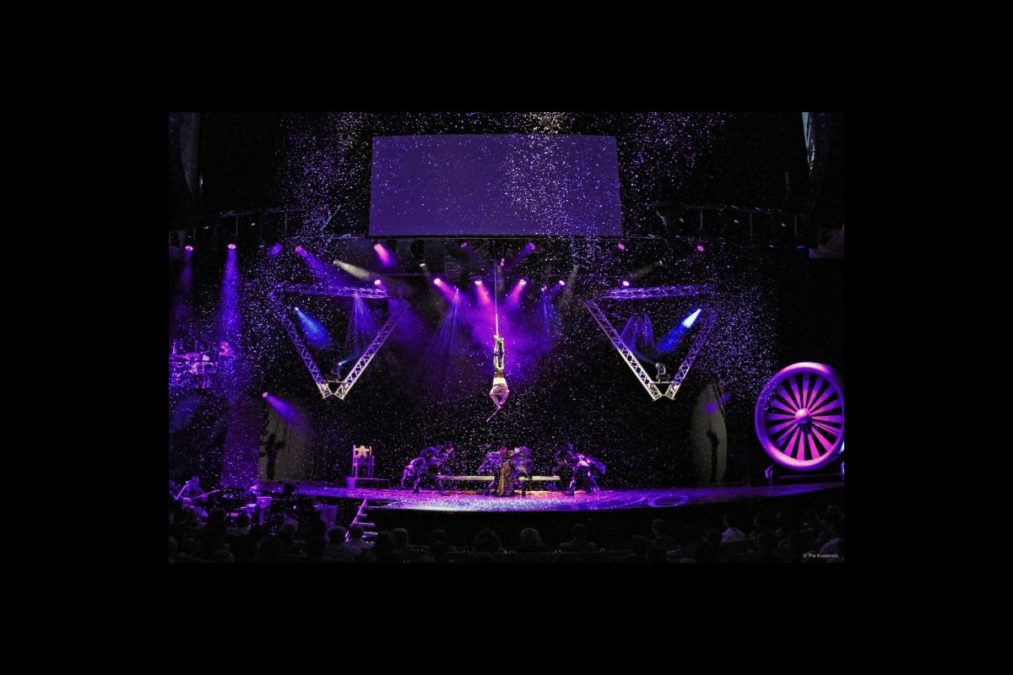 Alakazam! Broadway Balances America Will Show You the Magic of The Illusionists—Live From Broadway

Want to see a magic trick? Broadway Balances America, the special six-part series airing on The Balancing Act on Lifetime Television, kicks off its third season on August 8 (the episode will re-air on August 15) with an exclusive look at the touring production of The Illusionists—Live From Broadway. Tune in as The Balancing Act takes viewers behind the scenes of the internationally-acclaimed spectacle, which has shattered box office records across the globe.

In this episode, correspondents Amber Milt and Olga Villaverde get in on the act and discover what it takes to suspend disbelief for eight performances a week. Viewers will meet “The Trickster” Jeff Hobson in-studio and witness an illusion that will leave them speechless. Hobson will discuss how a theatrical, magic spectacular balances a Broadway season. The touring production showcases the jaw-dropping talents of seven of the most incredible illusionists on earth.

In The Illusionists—Live From Broadway, audiences witness stunning acts of grand illusion, levitation, mind-reading, disappearance, a full view water torture escape and more. This group of world-class performers take their cue from the showmanship of the great illusionists of the past—such as Harry Houdini—and pair it with a new and updated contemporary aesthetic. Collectively, these performers have been seen by millions of people around the world and this production showcases their incredible talents together on stage for the very first time.