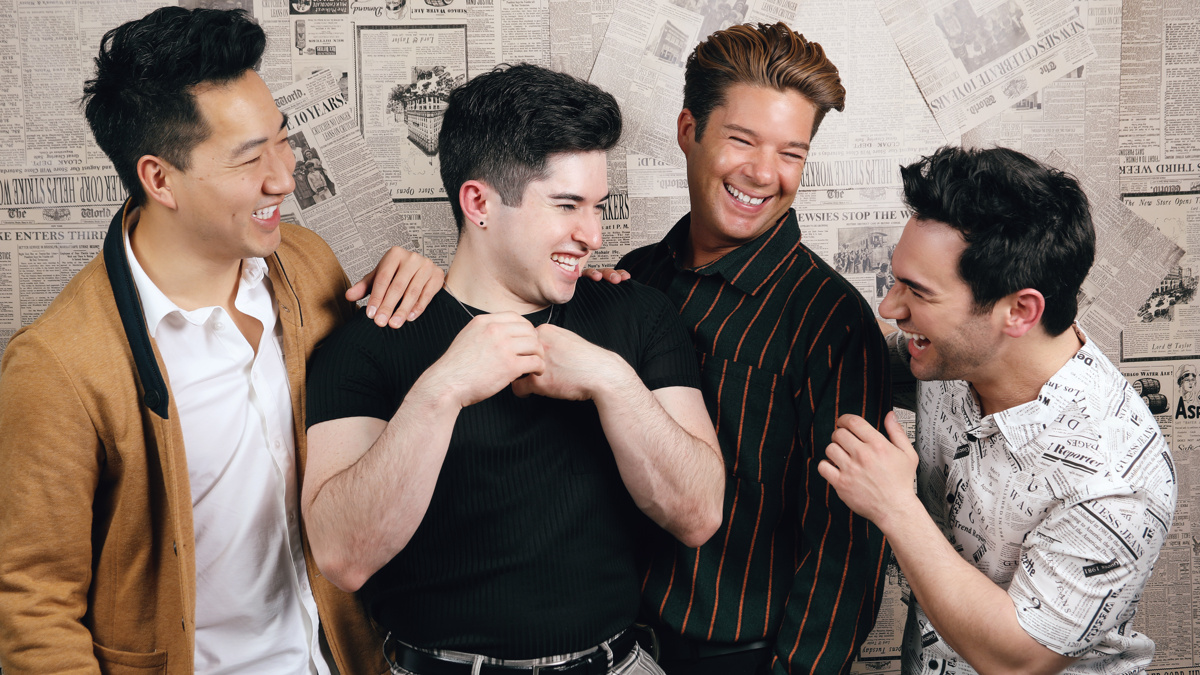 Celebrate 10 Years of Newsies with Exclusive Pictures of the Cast

It’s been 10 years since Newsies first carried the banner to Broadway. Originally set to be a limited run, the Disney musical played for over two years at the Nederlander Theatre and amassed a legion of fans. In honor of the Tony-nominated show’s anniversary, cast members reunited for a concert at Feinstein’s/54 Below on March 28, and we’re giving you a look at their special photo shoot! Check out photos of original cast members Ben Fankhauser, Andrew Keenan-Bolger, Tommy Bracco, Jess LeProtto, Alex Wong and many more. If you’re still in need of a Newsies fix, you’re in luck! The filmed stage adaptation is available to watch on Disney+ and London audiences will soon get a new version of the fan-favorite musical. Keep scrolling for more exclusive pictures.