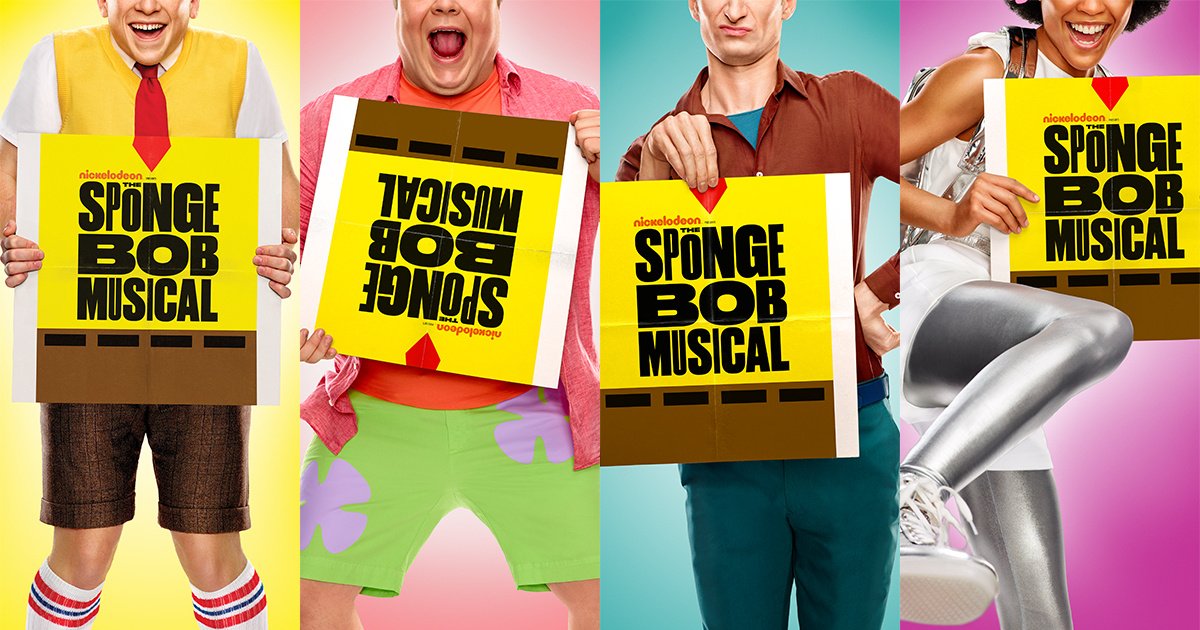 We now know all the occupants of Bikini Bottom! Full casting has been announced for the Broadway-aimed The SpongeBob Musical. Main Stem alum Carlos Lopez (Man of La Mancha) will play Mr. Krabs in a company that already includes Ethan Slater and Lilli Cooper. Co-conceived and directed by Tina Landau, with a book by Kyle Jarrow and music supervision by Tom Kitt, the production is scheduled to make its world premiere on June 7 at Broadway in Chicago's Oriental Theatre.

We are most definitely not making any comments about Mr. Krabs hanging out in Bikini Bottom. Oh no.

Stakes are higher than ever before as SpongeBob and all of Bikini Bottom face the total annihilation of their undersea world. Chaos erupts. Lives hang in the balance. And just when all hope seems lost, a most unexpected hero rises up and takes center stage. Get ready to dive to all-new depths of theatrical innovation at The SpongeBob Musical, where the power of optimism really can save the world!

The characters will be human and are not set to don puppet type outfits as seen in Times Square. "The DNA is the same but the form is so radically different, we’re not approaching it literally," Landau told EW. "We’re not trying to take the cartoon and put it onstage. We’re trying to create a live theatrical event.”