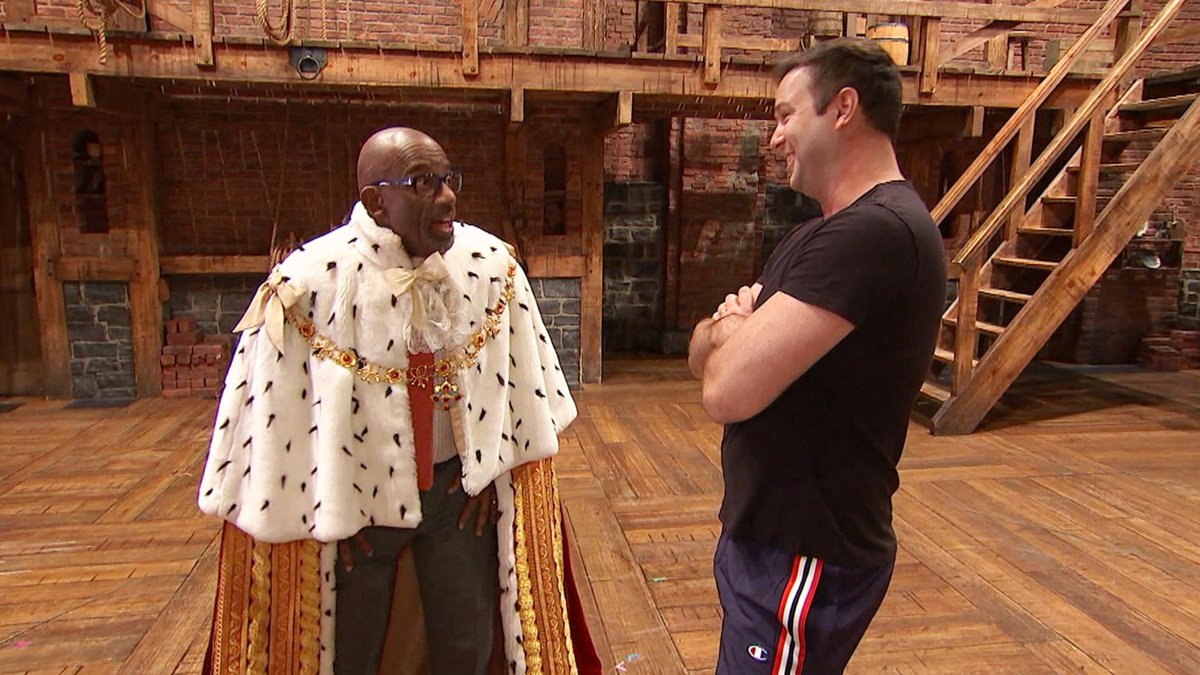 Talk about a comedy king! Saturday Night Live alum Taran Killam is currently reigning as King George in Hamilton. The Today Show went behind-the-scenes with him during rehearsal and on the evening of his first performance where Killam showed off the tricks of the King George trade, like mastering the accent ("I think you just go nasally."), rocking the cape ("It's very King of the Forest, Wizard of Oz to me.") and realizing he's in Broadway's revolutionary hit ("I'm stressed out. Nah, I'm fortunate and spoiled."). Take a peek at the video below, and try to catch Hamilton at the Richard Rodgers Theatre!