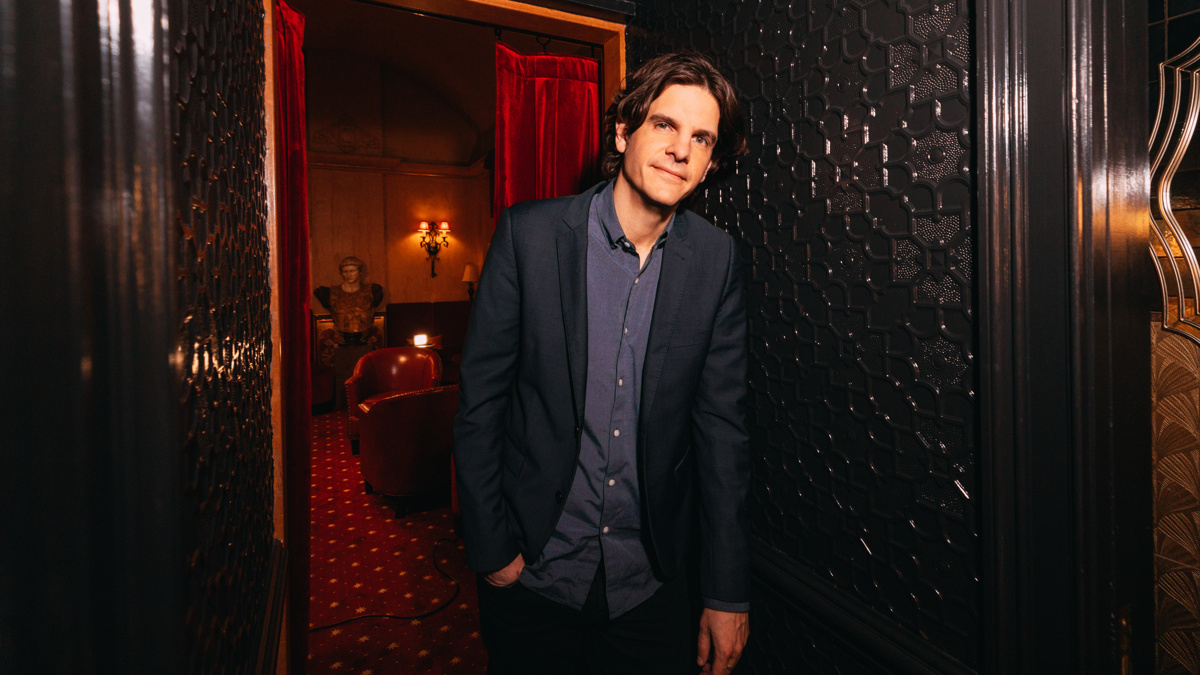 Before Alex Timbers was a Tony-winning director, he was a New York City kid who loved his pet birds. “I think if you’re a New Yorker, birds are a huge part of your life—whether you choose to have them or not,” he said. He and his mother raised budgies and finches when he was growing up, and he now has three parakeets. Timbers children’s book Broadway Bird, which combines his two passions in the form of a story about Louisa, a small parakeet who dreams of making it on Broadway, will be published on May 24. All author proceeds will benefit the Wild Bird Fund as well as the Entertainment Community Fund.

Timbers’ initial idea for the book came to him during tech rehearsals for Moulin Rouge! The Musical‘s pre-Broadway run in Boston. “I love the technical process because it’s when all of the designers and actors are there—you’re all making the show together. Everyone is sort of separated before that point,” he said. “I was just absorbing that and thinking about why I love making theater—the reward is really the sense of community that we all feel. As a director, you assemble both designers and performers, and I started thinking about the metaphor of finding your flock.”

The story of Louisa Parakeet is full of musical theater references with an animal-world spin—Sardi’s becomes “Sardine’s” and The Wizard of Oz is now The Weasel of Oz. Timbers worked on Broadway Bird with U.K.-based illustrator Alisa Coburn. “What she’s done is so magical. There arre visual jokes on every page,” he said. “Brainstorming the puns was such a fun part of the process. It’s a loving tribute to the world we live in, all the performers who inspire me and the shows that I love.” The back of the book includes Sardi’s portrait-inspired caricatures of animal characters representing real-life stage stars with names like Angela Lambsbury, Iguana Menzel, Cheetah Rivera and more.

In the book, Louisa’s small bird stature is what keeps her from booking the Broadway role of her dreams. A casting agent (a snooty poodle) quips, “Sorry, ‘keet. You’re too small.” Persevering in the face of how others see you was an important theme Timbers wanted to highlight, especially with his background as a theater artist. “Whatever facet of the theater you’re in, rejection is a part of daily life,” he said. “While I don’t audition in the same way actors do, I pitch on productions and all of these things that might not come to pass. I wanted Louisa to stand for the idea that standing out is about your talent and determination but also knowing what makes you unique.”

While at Yale University, Timbers founded the outrageous theater company Les Freres Corbusier in 2003 with college pals Jennifer Rogien and Aaron Lemon-Strauss. The company looked at historical figures and historical subject matters through irreverent mediums and contexts and eventually became the team behind his Broadway breakout Bloody Bloody Andrew Jackson. Timbers likened creating Broadway Bird to his work. “A picture book is kind of like directing a musical. Theater is a visual medium. Each page-turn is like a curtain up on a new scene,” he said. “For young people, I hope the book is an entrée into the magic of theater and the exotic worlds we conjure on stage.”

Broadway Bird will be available beginning on May 24 from Macmillian Publishers.