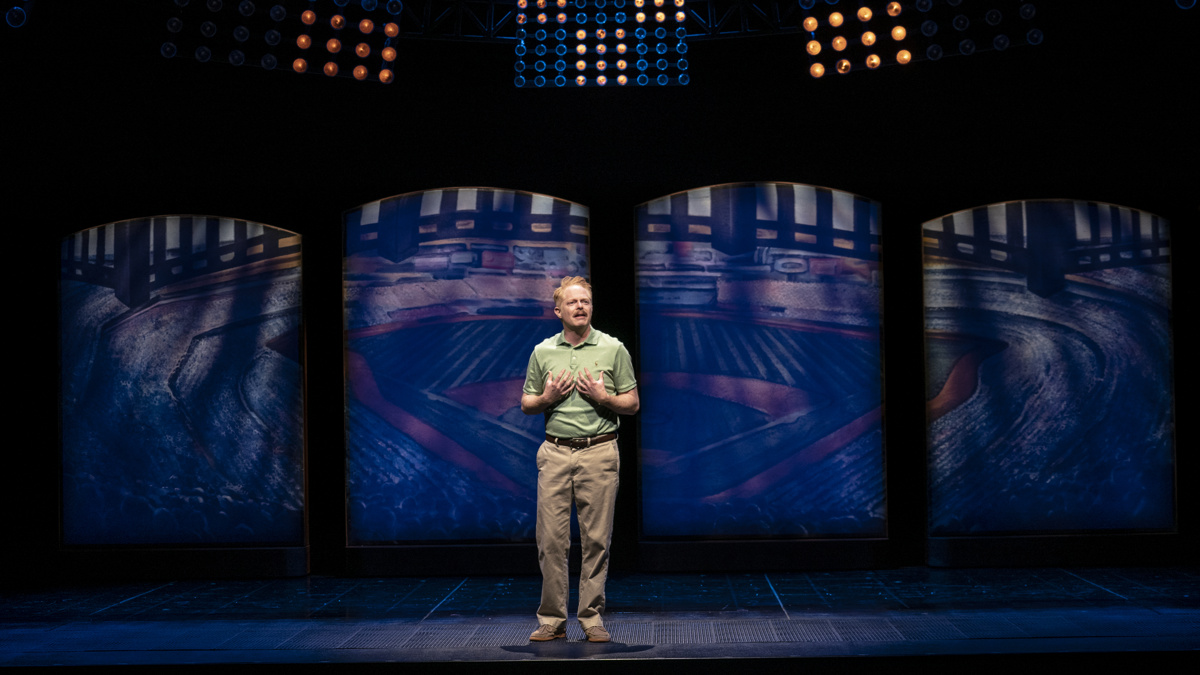 Take Me Out returns to Broadway on October 27 at the Gerald Schoenfeld Theatre. Tony winner Jesse Tyler Ferguson and Tony nominee Jesse Williams star in the play, which tells the story of what happens when one of baseball’s top stars comes out as gay. Ferguson sat down with Emmy-winning host Tamsen Fadal at citizenM to talk about returning to the role of Mason Marzac, imposter syndrome and more on The Broadway Show.

Previously seen on Broadway in Fully Committed, The 25th Annual Putnam County Spelling Bee and On the Town, Ferguson opened up to Fadal about his performance in Take Me Out. “I had a lot of anxiety and sort of imposter syndrome about doing this part just because of Denis O’Hare, who originated it 20 years ago, won a Tony Award for it and was so brilliant in it. Even up until the last performance, I was like, ‘I don’t know if I’m like doing this character justice.’ I was the same with Modern Family! I was like, ‘Are we getting canceled?'” the five-time Emmy nominee said. “It was basically almost to the month my 25th anniversary of being a member of Actors’ Equity [that he won the Tony]. To be a part of that community and then to stand in front of them and be able to thank them for welcoming me in was really profound and meaningful.”

“After we won the Tony Awards, so many people came up to me and were like, ‘I can’t wait to see it!’ I’m like, ‘That’s great! It’s closed,'” Ferguson said. “It felt like we had unfinished business with the play. We were really hitting a stride at the end of our run at Second Stage. I’m just really excited to come back together and celebrate. It’s a great ensemble, and we would not have won that Best Revival [award] without the strength of every single one of those cast members.”

In addition to Take Me Out, Ferguson is releasing a COVID-centric documentary he produced called Broadway Rising in December. Watch the interview below and head here to check your local listings for The Broadway Show. Hosted by Fadal, it is the only nationally syndicated weekly theater news program.