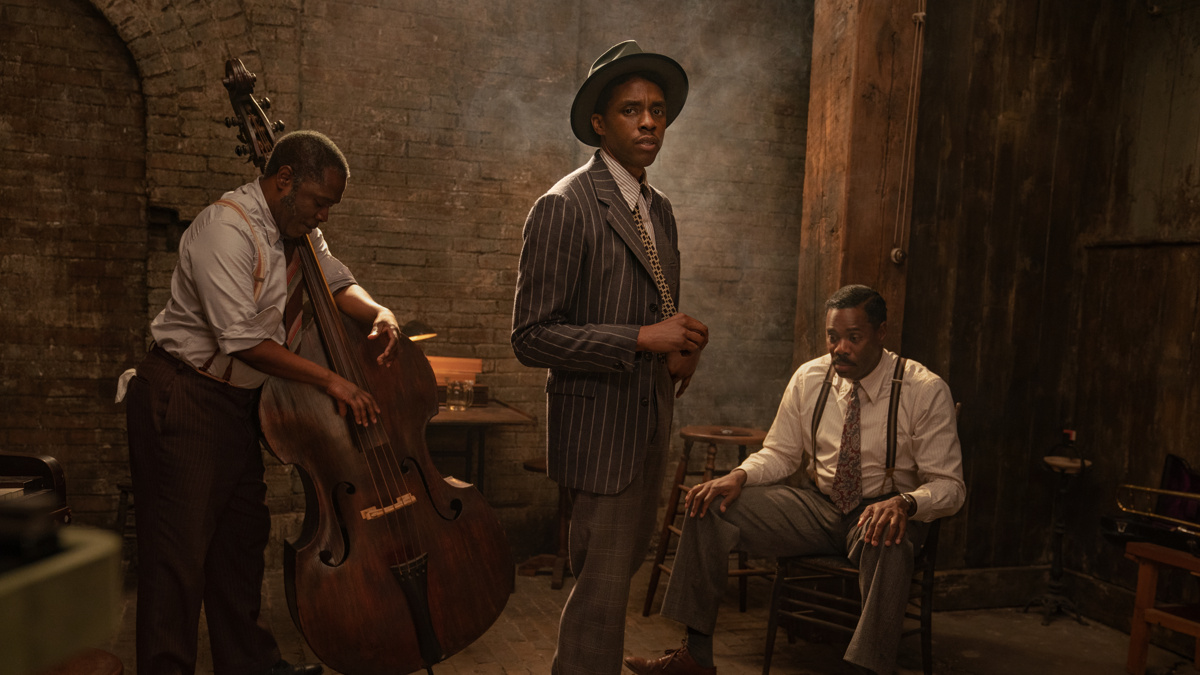 Chadwick Boseman Receives Posthumous Gotham Award Nom
Chadwick Boseman, the talented big screen star who passed away on August 28, will appear in the Netflix film adaptation of August Wilson’s Ma Rainey’s Black Bottom, starring Viola Davis on December 18. According to Variety, he received a posthumous Gotham Award nomination for his work in the movie. Nominees also include Broadway notables Katori Hall, who was recently Tony-nominated for penning the book for Tina, for creating and producing P-Valley, Tony winner Frances McDormand for her performance in Nomadland, Tony nominees Carrie Coon and Jude Law for their performances in The Nest and 2020 Tony nominee Jake Gyllenhaal for producing Relic. Voting will take place online in December, and the Gotham Awards will be held at their longtime home Cipriani Wall Street— without in-person attendees—on January 11.

Lea Salonga to Release Live Concert Recording
This is music to Lea Salonga fans’ ears! The Tony winner will release Live in Concert with the Sydney Symphony Orchestra on November 27 via Broadway Records; the album drop coincides with the showing of Salonga’s Sydney Opera House concert to close out PBS’ Great Performances Broadway’s Best lineup. Both the album and the performance will include beloved songs made famous throughout her Broadway career as well as her signature songs from the animated movie blockbusters Aladdin and Mulan.

Danai Gurira to Play Shirley Chisholm
Danai Gurira, who was Tony-nominated in 2016 for penning Eclipsed, is set to star in The Fighting Shirley Chisholm, a feature film that will tell the story behind Chisholm’s historical 1972 run for the U.S. presidency. According to Deadline, Viola Davis had previously been attached to star in the movie, which will be directed by Ozark‘s Cherien Dabis and include a script by Adam Countee. A production timeline and additional casting for the film will be announced later.

Dan Stevens to Lend Voice to Prince Charles & Prince Philip
Beauty and the Beast and Downton Abbey star Dan Stevens, who had been scheduled to star in Hangmen ahead of the Broadway shutdown, has got a new gig lined up. Deadline reports that the Broadway alum has been added to the voice cast of HBO Max’s animated series The Prince as both Prince Charles and Price Philip. Written and executive produced by Gary Janetti, the show offers a satirical look at the lives of the British royals through the eyes of a young Prince George, eldest child of Prince William and Princess Kate. Watch this space for a premiere date!

Michael R. Jackson Among Fred Ebb Award Winners
Here’s another award for A Strange Loop Pulitzer Prize winner Michael R. Jackson to add to his collection. The Fred Ebb Foundation, in association with Roundabout Theatre Company, has announced that both Jackson and songwriting team Ben Bonnema and Christopher Staskel are the winners of the 2020 Fred Ebb Award. The accolade, named in honor of the late lyricist, recognizes excellence in musical theater songwriting by a songwriter or songwriting team; the prize includes a $60,000 award. The awards will be presented by Audra McDonald on November 30 at 7PM ET in a virtual ceremony.