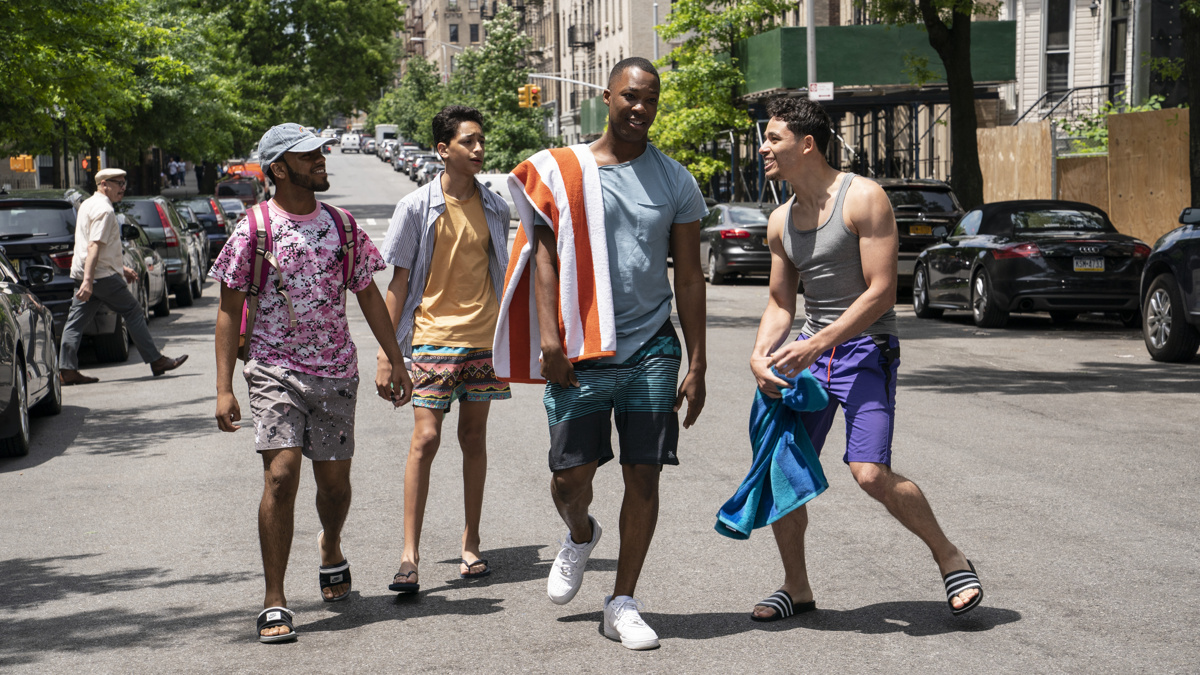 Odds & Ends: Listen to the First Track from the In the Heights Movie & More

Listen to the First Track from the ‘In the Heights’ Movie
Get ready for the feel-good movie of the summer! As previously reported, the soundtrack for the film adaptation of Lin-Manuel Miranda and Quiara Alegría Hudes’ Tony-winning musical will drop on the same day the movie hits theaters and HBO Max: June 11. Pre-orders are available as of April 23, and the title track is out today. Listen to it below!

Curve Announces Summer Production of Rent: The Concert
No day but today! Leicester’s Curve Theatre, which, as previously announced, is kicking off socially-distanced live performances on May 21, will present Rent: The Concert this summer from August 10 through August 21. Staged in the round in Curve’s adapted auditorium, this production will be directed by Curve Artistic Director Nikolai Foster. “Jonathan Larson’s astonishing, Pulitzer Prize-winning musical Rent represents one of musical theater’s greatest triumphs, defining an entire era through its blazing music and iconic characters,” Curve’s Chief Executive Chris Stafford and Foster said in a joint statement. “It is simply one of the greats, and we are thrilled to present it in a staged concert at Curve, in our epic, in-the-round arena.” Casting will be announced later.

Andrew Lloyd Webber to Release New Album with 81-Piece Orchestra
Andrew Lloyd Webber, who has been dedicated to reopening theaters in the wake of the coronavirus crisis, has brought together an 81-piece orchestra to record his new album, Andrew Lloyd Webber: Symphonic Suites, marking the first live performance to take place at the newly refurbished Theatre Royal Drury Lane. The recording will feature songs from from three of his musicals: The Phantom of the Opera, Evita and Sunset Boulevard and will be released by Decca Records in June. Conducted by Simon Lee, the orchestra brings together some of the world’s most skilled musicians, reunited after a year of separation. “To bring an 81-piece orchestra into the new Theatre Royal Drury Lane for this first performance on the biggest stage in London, feels like a momentous step forward,” Lloyd Webber said in a statement. “As we fight to bring performers back to work and theaters back to life, I hope that this album might now take on a new meaning: the music, which represents the triumphant and hopeful return of live music, theater and entertainment across the world.”

Manu Narayan & More Kick Off Radial Park Outdoor Festival
The Resounding at Radial Park festival of outdoor plays begins on April 23 with Clu-eth. Opening on Shakespeare’s birthday, the play resets the story of a cult classic screenplay to 1606 England and is written as though the Bard himself had originally penned the murder-comedy based on a popular board game. Leading the cast are Manu Narayan as the busy butler Goodman, Brian Charles Rooney as corrupt Lady Larkspur and Thom Sesma as blustery Lord Colonel Daffodil. The production will be performed before both an in-person audience and via audio simulcast as part of a month-long residency at the theatrical drive-in experience at Radial Park. Other plays in the festival include the previously announced Beyond the Veil, Treasure Island and more.