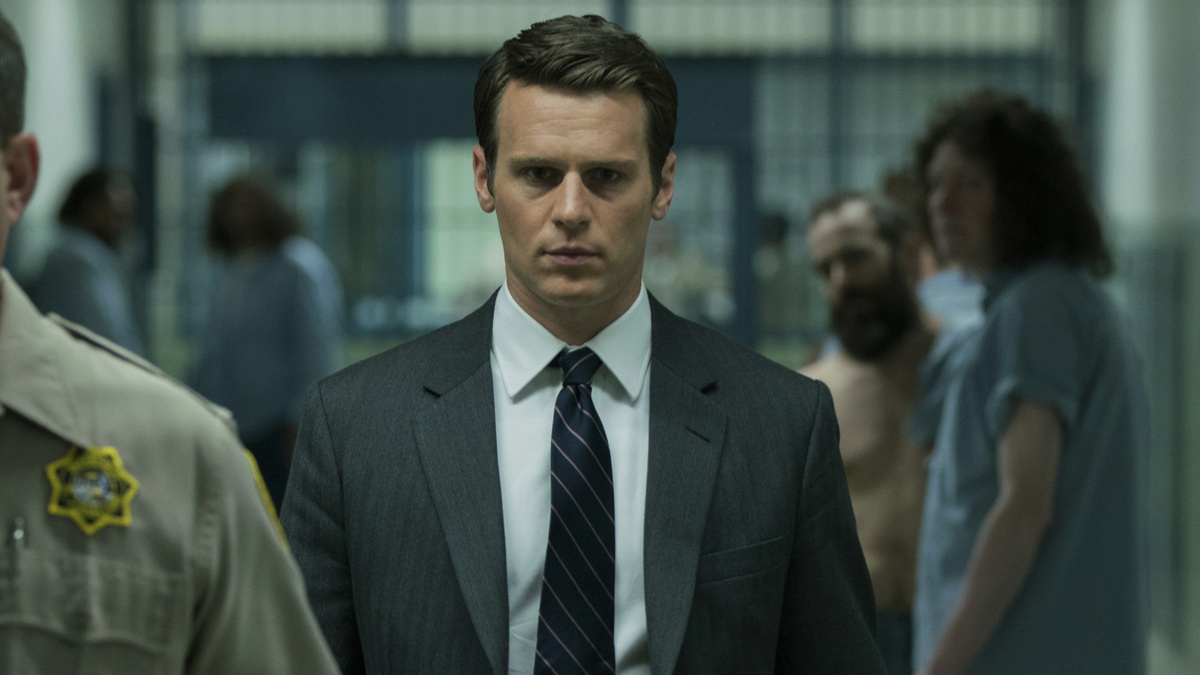 No Plan Set for Mindhunter Season Three
Looks like Two-time Tony nominee Jonathan Groff is hanging up his badge. The Broadway star headlined the first two seasons of Mindhunter as special agent Holden Ford. The psychological thriller series, based on John Douglas and Mark Olshaker’s 1996 nonfiction book Mind Hunter: Inside the FBI’s Elite Serial Crime Unit, is indefinitely on pause. “When I got done [with season two], I was pretty exhausted, and I said, ‘I don’t know if I have it in me right now to break season three,” executive producer and director David Fincher said in a recent interview. Netflix has not confirmed the show is done forever, however. “Maybe in five years,” a spokeperson cracked. You never know.

Edith O’Hara Dies at 103
Edith O’Hara has died at the age of 103, according to The New York Times. Born on February 15, 1917 in Idaho, O’Hara arrived in New York City later in her life, taking with her a show called Touch, which she had developed in Warren, Pennsylvania at a small theater company she founded. An off-off-Broadway stalwart, she founded the 13th Street Repertory Company in Greenwich Village in 1972. ennessee Williams, Bette Midler, Chazz Palminteri, Barry Manilow and more have appeared at the venue, which became the longtime home to Israel Horovitz’s play Line; it opened there in 1974 and is the longest show to run in off-off-Broadway history. O’Hara is survived by her daughters Jill and Jenny, her son Jack, three grandchildren and one great-grandchild.

Watch the Action-Packed Featurette for His Dark Materials
Season two of HBO’s His Dark Materials is slated to drop on HBO on November 16. The series stars stage alums Lin-Manuel Miranda, James McAvoy and Ruth Wilson and is adapted from Philip Pullman’s award-winning fantasy trilogy of the same name. Get a taste of the show’s second season below!

It’s Official! The Sanderson Sisters Will Fly Again in Film Sequel
Hocus Pocus fans have been wondering about the 1993 film’s sequel, especially as Halloween approaches. As previously reported, Tony winner Bette Midler has made it clear she would be on board to appear in Disney+’s sequel of the film, exclaiming, “I can’t wait to fly!” Now, she has officially confirmed she will reunite with Sarah Jessica Parker and Kathy Najimy for Hocus Pocus 2, which will be directed by Hairspray‘s Adam Shankman. Judging by their recent Sanderson sister reunion, we’re confident this film will be bewitching!

Train with Tony Winner Betty Buckley
Want to train with a Broadway legend? Tony winner Betty Buckley is offering an online song/monologue master class that anyone can take from anywhere in the world—yes, you can learn from theater royalty in sweatpants. Buckley teaches two different classes: one for alumni and one for new students. Head here to get all the info on class scheduling and prices.