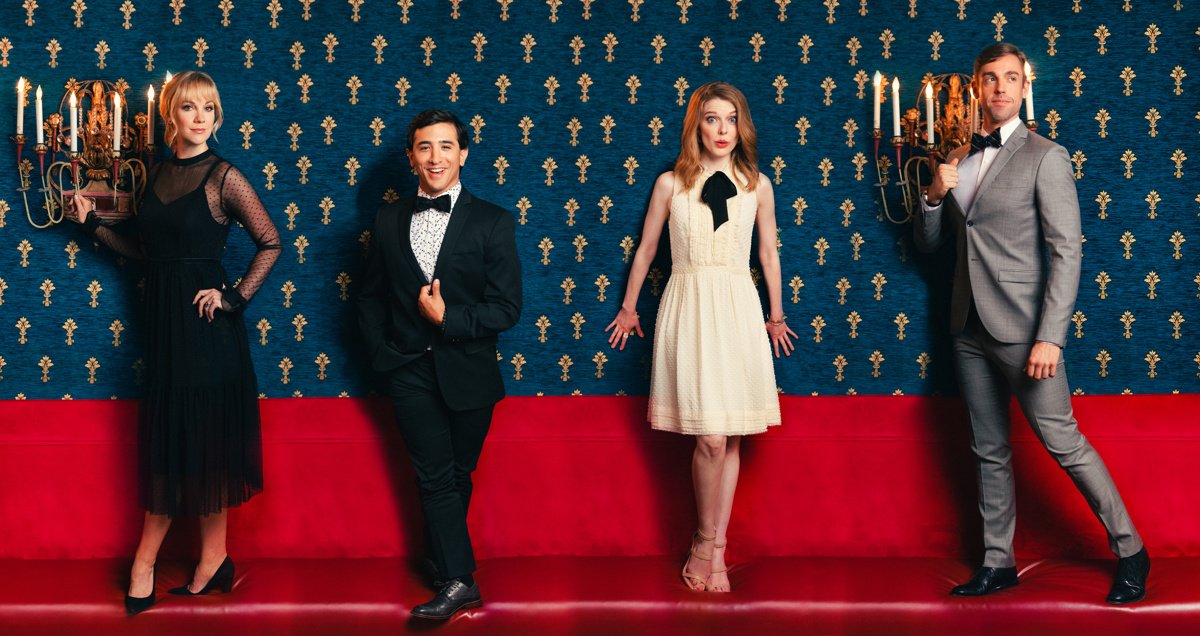 Have a Ball with the Elegant, Scene-Stealing Stars of the Hello, Dolly! National Tour

Feelin' great and lookin' spectacular! As the four lovers caught up in Dolly Gallagher Levi's matchmaking machinations in the national tour of Hello, Dolly!, stage faves Nic Rouleau, Analisa Leaming, Jess LeProtto and Kristen Hahn are full of shine and sparkle. Headlined by Broadway legend Betty Buckley, the Hello, Dolly! tour boasts a top-notch cast, a beloved score and enough award-winning creative pedigree to make it one of the most distinguished traveling productions of the season.

In her One on One interview with Broadway.com Editor-in-Chief Paul Wontorek, Buckley praised the show's merry cast, which also includes two-time Tony nominee Lewis J. Stadlen as Horace Vandergelder. "Our cast is out of this world," Buckley gushed. "They are so adorable, so cute, and they sing like angels." Consider our hearts about to burst.

Trust us: they've got that built-in elegance. Rouleau and LeProtto are perfect as the adventurous Cornelius Hackl and the naive but lively Barnaby Tucker, Leaming is a dream as the beautiful and smart Irene Molloy, and Hahn is a hoot as the wide-eyed Minnie Fay. So, what do you do when you have this much talent all together? An exclusive Broadway.com photo and video shoot, of course, to show off that that Sunday shine.

Photographer Emilio Madrid-Kuser shot the fabulous quartet—all dressed like a dream—at Chez Josephine in New York City, where we asked the stars what they love most about the cherished musical, how it feels to share the stage with the one-and-only Betty Buckley and what audiences can look forward to when Hello, Dolly! brings the parade to their city. Below are highlights from that shoot.

Leaming: "I'm so excited to be a part of the Hello, Dolly! tour because we get to bring the show to audiences all over the country that didn't get to come to New York and see it on Broadway. It's two and a half hours of joy and laughter, and the country needs that right now. This production is for absolutely everybody."

Hahn: "This show means so much to me. This is the quintessential version of the classic American musical done the best you will ever see it. It's got something for everyone. And those lush Jerry Herman melodies? There's nothing better. I go to sleep singing them every night, and I wake up singing them every morning."

Rouleau: "This show is fun, it's funny, and there's a nice message of love. It doesn't matter who you fall in love with or at what point in your life you fall in love, as long as you just let yourself do that. It's such a nice message, and it's a nice distraction from the sort of craziness that's going on in the country right now."

LeProtto: "The one and only Betty Buckley. I mean, to see a living legend on stage across America…I don't think audiences are ready. And you know what? They're so lucky to be getting that wonderful human being. It's unbelievable. And it's Broadway's greatest musical because it's magical and joyous and glorious."


Quotes have been edited and condensed for clarity.