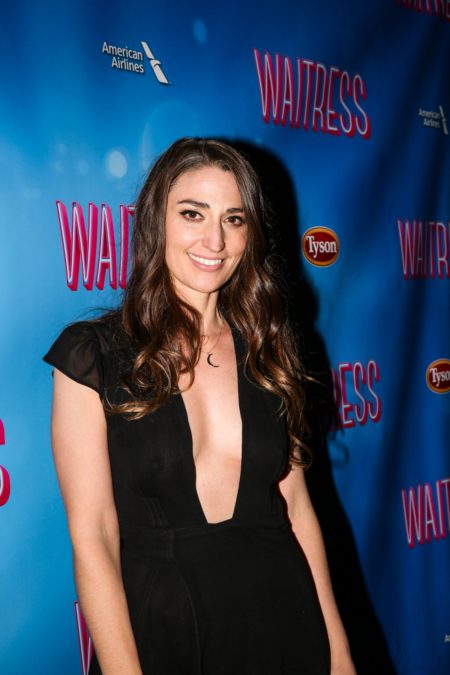 Sara Bareilles Will Star in Waitress on Broadway

Six-time Grammy nominee Sara Bareilles will make her Broadway acting debut when she steps into her musical Waitress next month. She’ll play the leading role of Jenna Hunterson for a 10-week run from March 31 through June 11, replacing Tony Award winner Jessie Mueller. As previously reported, Mueller will take her final bow at the Brooks Atkinson Theatre on March 26.

In an October 2015 interview, singer/songwriter Bareilles revealed, "I hope to get to see those stage lights at some point. I certainly have dreams of being on a Broadway stage someday…whether it's in this show or something else." While Bareilles has not performed as an actress on the New York stage, she did reveal in her book Sounds Like Me: My Life (So Far) that she auditioned for the role of Cinderella in the Public Theater’s Shakespeare in the Park production of Into the Woods—a role she coincidentally lost to Mueller.

For a taste of how Bareilles sounds on her own score, check out the concept album What’s Inside: Songs from Waitress, as well as her music video for the 11 o’clock ballad “She Used to Be Mine.”