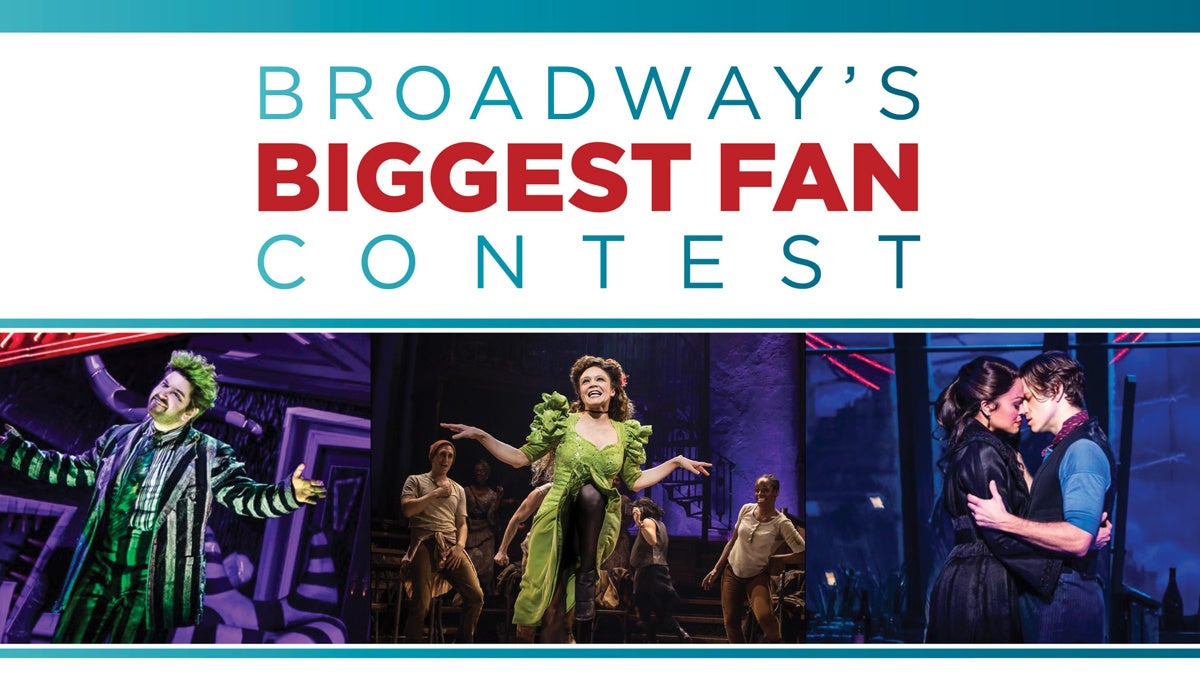 Are you Broadway’s biggest fan? Prove it! If you can convince us of your undying love for all things Broadway, we’ll send you to the craziest and, let’s face it, best awards show of the season: The 2020 Broadway.com Audience Choice Awards! The ceremony is invitation-only, but one lucky fan (and a friend!) will attend the show in New York City. Contest entries will be accepted starting at 10:00am ET on February 12 through 11:59pm ET on March 22.

To enter, all you have to do is create a video (no more than 60 seconds long) proving why you’re the biggest Broadway fan ever and deserve to attend the Broadway.com Audience Choice Awards. Major points for creativity! Upload your submission to YouTube, Vimeo or Instagram (with the hashtag #BroadwaysBiggestFan) then submit it here. Ensure that you check the box agreeing to the Official Rules.

Fans will vote on 10 semi-finalists from March 30 through April 5. On April 20, a panel of celebrity Broadway judges and SiriusXM’s Julie James will select the grand prize winner.