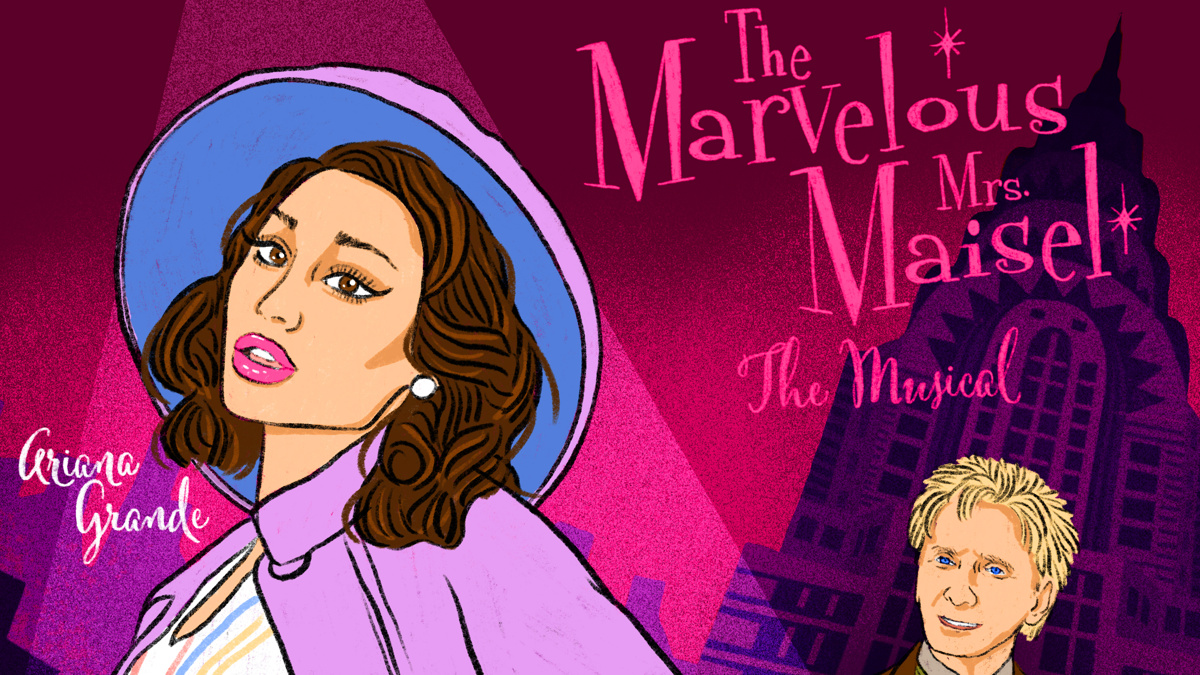 Ariana Grande and Barry Manilow were names that came up when songwriting duo Thomas Mizer and Curtis Moore, who are Emmy-nominated for the The Marvelous Mrs. Maisel tune “One Less Angel,” appeared on Broadway.com’s #LiveatFive: Home Edition to talk about their dream cast for a Broadway version of the hit series. “I’m not embarrased to say I need to write for Barry Manilow,” Moore said. “I have had a secret talent crush on him since I was a kid.” As for Mizer, he would like to bring a certain pop star back to her Broadway roots. “I would love to bring Ariana Grande back to musical theater. You know, they could be Mrs. Maisel and her dad in a Broadway show.” It didn’t take long for the duo to realize how much fun dreamcasting can be. “She would be great as Mrs. Maisel, “Moore mused. “Ariana Grande in Mrs. Maisel the Musical! Can we make that happen?” While we can’t exactly make that happen, Broadway.com illustrator Ryan Casey did the next best thing by creating a would-be show poster. Although Broadway may still be dark, we can dream of a grand(e) future.