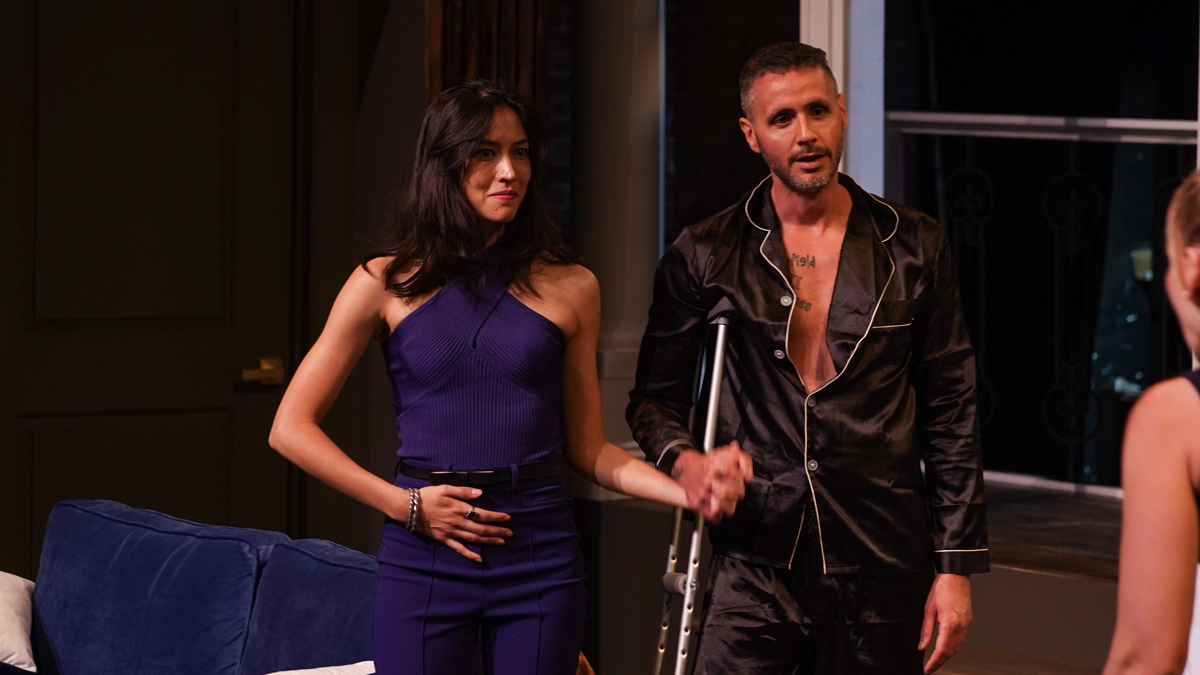 After being postponed, the previously announced off-Broadway production of Tennessee Williams’ Cat on a Hot Tin Roof is now playing the Theater at St. Clements. Opening night is scheduled for July 24, and Broadway.com has a peek at the production. Directed by Joe Rosario, this is the first production of the play the Williams estate has allowed to be produced off-Broadway. The cast features Sonoya Mizuno (HBO’s House of the Dragon, Crazy Rich Asians) as Maggie in her stage debut, Matt de Rogatis as Brick, Christian Jules Le Blanc as Big Daddy, Alison Fraser as Big Mama, Milton Elliott as Rev. Tooker, Tiffan Borelli as Mae, Carly Gold as the No Neck Monsters, Jim Kempner as Doc Braugh and Spencer Scott as Gooper. Austin Pendleton will join the company as Doc Baugh on July 25 following his run in Tracy Lett’s Tony-nominated play The Minutes. Check out photos from the show below!