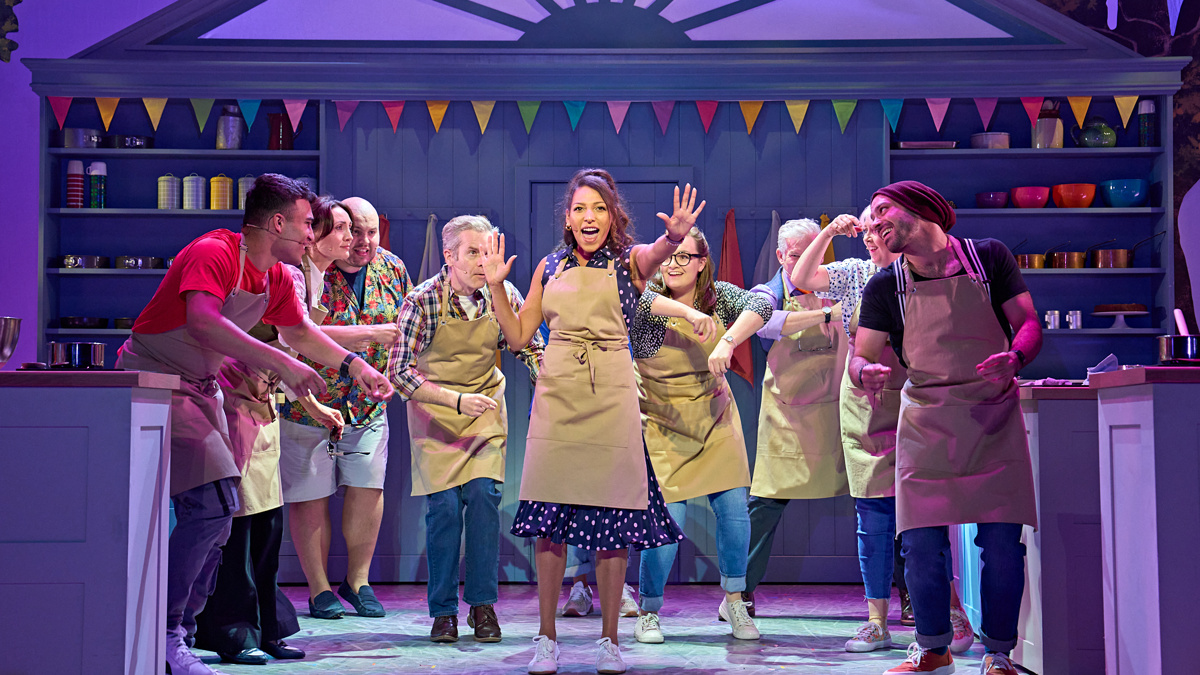 On your marks, get set, bake! The Great British Bake Off Musical will transfer to the West End next year. Based on the popular television series of the same name, the new musical will play the Noël Coward Theatre for a limited run from February 25 to May 13, 2023. The show made its world premiere over the summer at Everyman Theatre in Cheltenham. The production is co-created by Anna Beattie and Richard McKerrow, producers of the TV show. Rachel Kavanaugh directs the musical, which features a book and lyrics Jake Brunger and music and lyrics by Pippa Cleary.

The musical follows amateur bakers as they seek to impress the judges and battle their way to be crowned Star Baker. Audiences are taken on a rollicking journey as the bakers face trials, tribulations and baking failures along the way.