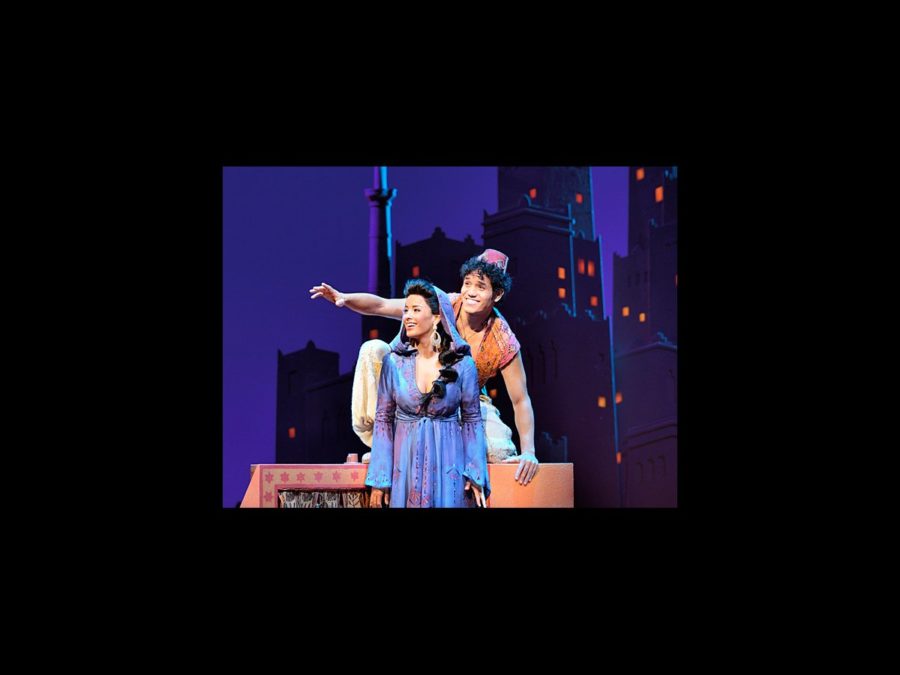 Aladdin Will Fly the Magic Carpet Across the U.S. in 2017 National Tour

With new horizons to pursue, the hit Disney musical Aladdin will launch a national tour in April 2017, beginning at Chicago's Cadillac Palace Theatre. Casting for the touring production, as well as future engagements, will be announced at a later date.

“We have had the great privilege of entertaining more than one million people in New York City with Casey Nicholaw’s glorious production,” said Thomas Schumacher, President of Disney Theatrical Productions, in a statement. “I am delighted that audiences in Chicago and throughout North America will soon have the opportunity to experience Aladdin in their own backyards.”

Adapted from the 1992 Disney animated film, Aladdin is the story of a street urchin who uses the help of a magic Genie to win the heart of Princess Jasmine. Directed and choreographed by Casey Nicholaw, the production features a book by Chad Beguelin, music by Alan Menken and lyrics by Tim Rice, Beguelin and the late Howard Ashman.

Aladdin is currently running on Broadway at the New Amsterdam Theatre. The production officially opened on March 20, 2014, starring Adam Jacobs as Aladdin, Courtney Reed as Jasmine, Tony winner James Monroe Iglehart as the Genie and Jonathan Freeman as Jafar.